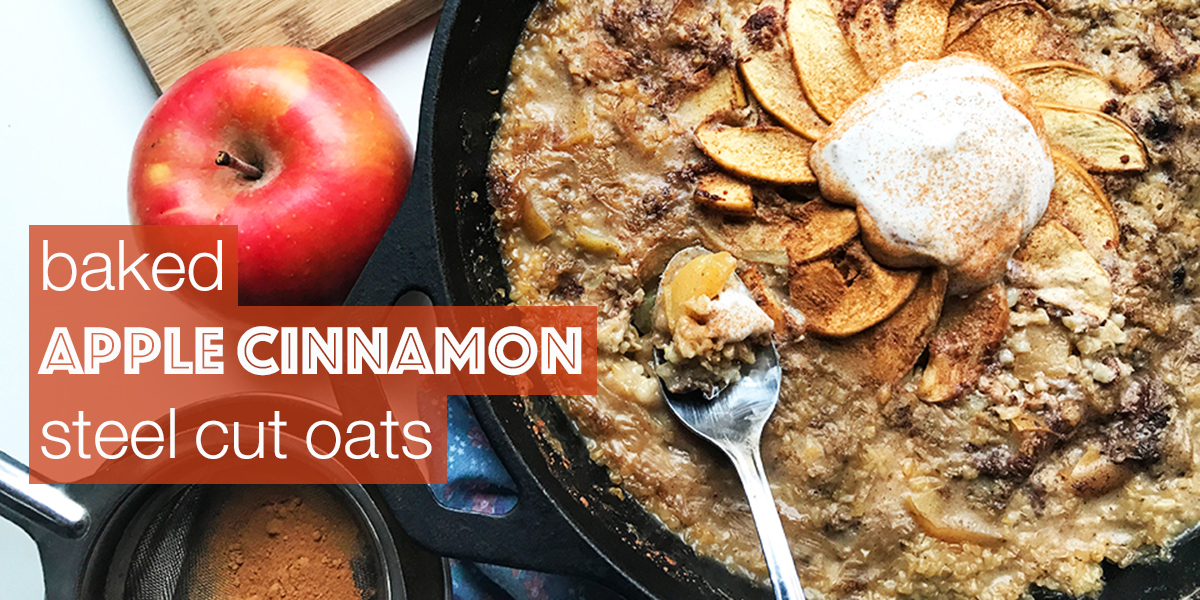 If you’ve never had steel cut oats before, they’re oatmeal’s sturdier, chewier counterpart. They’re made from the same grain as the rolled oats you use for your typical morning oatmeal, except the oat groat is simply cut into pieces instead of rolled. This results in a much chewier texture than rolled oats (and a longer cooking time). Since they’re less processed, they also digest more slowly than rolled or instant oats, keeping you fuller, longer!

These oats are so satisfying – warm, chewy and just the right amount of sweetness! They’re the perfect hearty breakfast on these cool fall mornings, and they make your house smell like apple cinnamon heaven. They also reheat well so do yourself a favor and make these on Sunday so you can have healthy delicious breakfasts all week long!

I like to enjoy them with some coconut whipped cream and an extra sprinkle of cinnamon but you could also eat them with real whipped cream or greek yogurt, for a healthier option! Finally, I think you could substitute the apple for a pear and that would be really yummy as well. OR a 1/4 cup pumpkin puree and sub pumpkin pie spice for the cinnamon! Warning, I just had that genius idea, so I haven’t tested it yet! If anyone tries that out, please comment how it goes.